Could Your Child Be a Cyberbully? 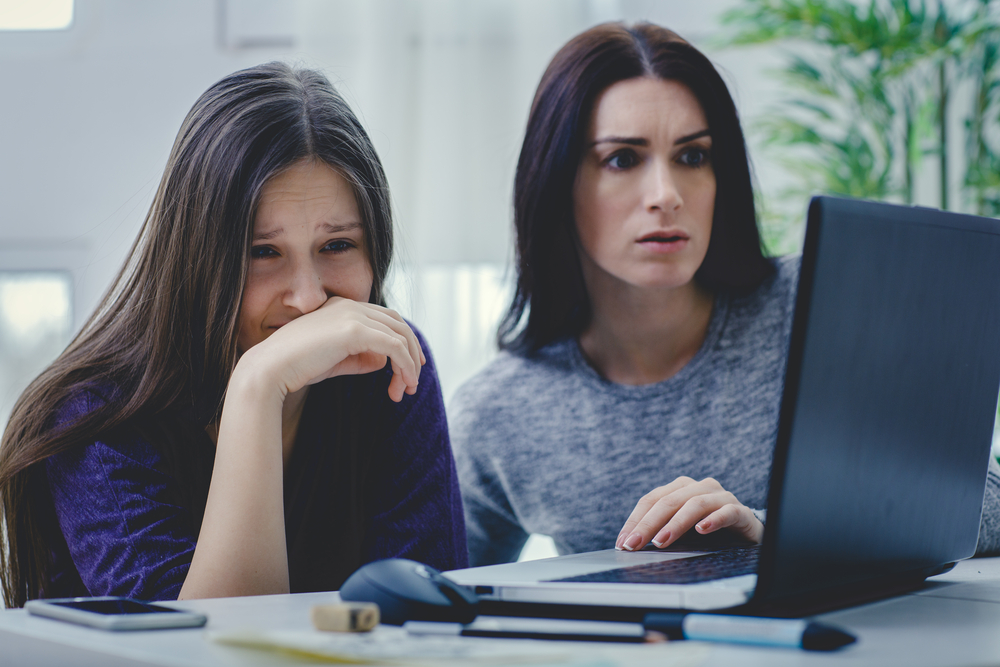 Every child is capable of making mistakes and exhibiting bad behaviors, regardless of their upbringing. In a survey conducted by TeenSafe, 15 percent of those involved admitted to participating in cyberbullying in some capacity. This doesn’t mean that the children — or their parents — are bad people. Unfortunately, it can be difficult for parents to keep up with the new technologies used by their teens. The anonymity of the Internet can make it even more difficult to monitor your child’s behavior online. Openly communicating and addressing online missteps can not only strengthen a child’s character, it can also strengthen the relationship between parent and child.

The Internet allows users access to a wealth of information. Sometimes, that information can include hurtful, false rumors that cyberbullies spread online — sometimes unintentionally. Comments on social media posts, humiliating photo posts and online sexual harassment are all forms of cyberbullying. Sometimes, children don’t know what to do when they see cyberbullying and remain silent instead of stopping it. As a parent, it can be hard to hear that your child participated, even as a silent witness, in such negative behavior. Thankfully, there are things you can do to educate your child and hopefully end their cyberbullying.

The most important thing for parents whose child has become involved in cyberbullying is to address the issue. If sufficient evidence comes to your attention, take this as an opportunity to open a channel of communication with your child about cyberbullying and good digital citizenship. Even if you are skeptical of your child being a cyberbully, at least be open to looking into the situation and having a conversation with your child on the subject. However, being too confrontational might cause your child to shut down, especially if they don’t quite recognize their behavior as harmful and bullying. Though the situation may be disappointing and serious, staying as calm as possible and creating an open line of communication will give your child the chance to be honest, share all of the details and make a change in their behavior.

Once the cyberbullying has been approached and discussed, the next step should be to put an end to the behavior. For some children, the anonymity of the Internet gives them a space to act out for unrelated causes: they may feel ignored or forgotten, or they may have unresolved feelings of anger. They may have even experienced bullying themselves. Encourage your child to speak openly about the reasons behind their behavior, and calmly explain why hurting others is never an appropriate response or solution to their problems. Also, be sure to monitor your child’s social media accounts, both regularly and randomly. Using parental controls may seem invasive, but using them as a precaution may prevent future instances of cyberbullying and other reprehensible behaviors online. You can also encourage your child’s school to monitor online behavior during the school day.

Raising an empathetic child may not always be easy, but reminding your child that other people have feelings and insecurities just like they do can help them view cyberbullying from a new perspective. Rather than feeling empowered by taking others down, show your child how much better it feels to lift others up. Talk to other parents who have experienced the same problem. Find online communities and discuss how you feel as a parent, and get support from those who empathize with your situation. Continue to be vigilant of your child’s behavior, but realize that helping them communicate, learn and grow will help them grow into empathetic, responsible adults.