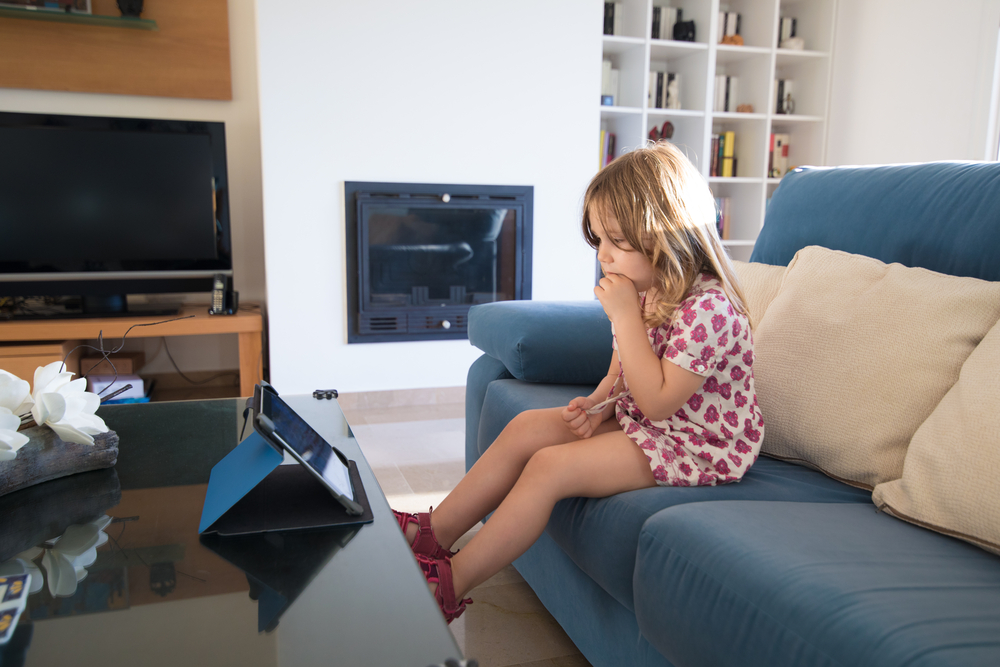 You might have Netflix, a online streaming service, for you and your entire family. If you don’t, then you’ve surely heard of this massive company. Netflix is known for its binge-worthy TV shows and movies. However, Netflix is also under fire from experts and parent groups for a new feature rewarding kids for watching more television. Is this feature harmless, or is Netflix training kids to binge-watch?

The dictionary definition of binge-watching is “to watch many or all episodes of (a TV series) in rapid succession.” Netflix and other online streaming services allow you to watch an unlimited amount of TV whenever you want, wherever you want. Netflix even plays the next episode without any requests. This makes watching endless hours of TV easy.

What is Netflix Doing?

Netflix is the face of the binge-watching movement. Recently, however, a new feature’s been slammed for appearing to train kids to binge-watch. The new feature allows kids to collect “patches” after every episode they watch. A spokesperson for Netflix told Variety, “we are testing a new feature on select kids titles that introduces collectible items for a more interactive experience, adding an element of fun and providing kids something to talk about and share around the titles they love. We learn by testing and this feature may or may not become part of the Netflix experience.”

The patches only appear after the child has watched an episode of Fuller House, Trollhunter or A Series of Unfortunate Events. However, they are rewards within themselves, since viewers don’t receive anything else from the patches. Collecting patches may seem harmless, but it sends the impression to children that binge-watching TV is like a game.

The Dangers of Binge-watching

By gamifying watching TV, Netflix could be training kids that binge-watching is okay. However, there are negative consequences of binge-watching.

What Can You Do?