Should Kids Use Cell Phones in School? The Away for the Day Campaign 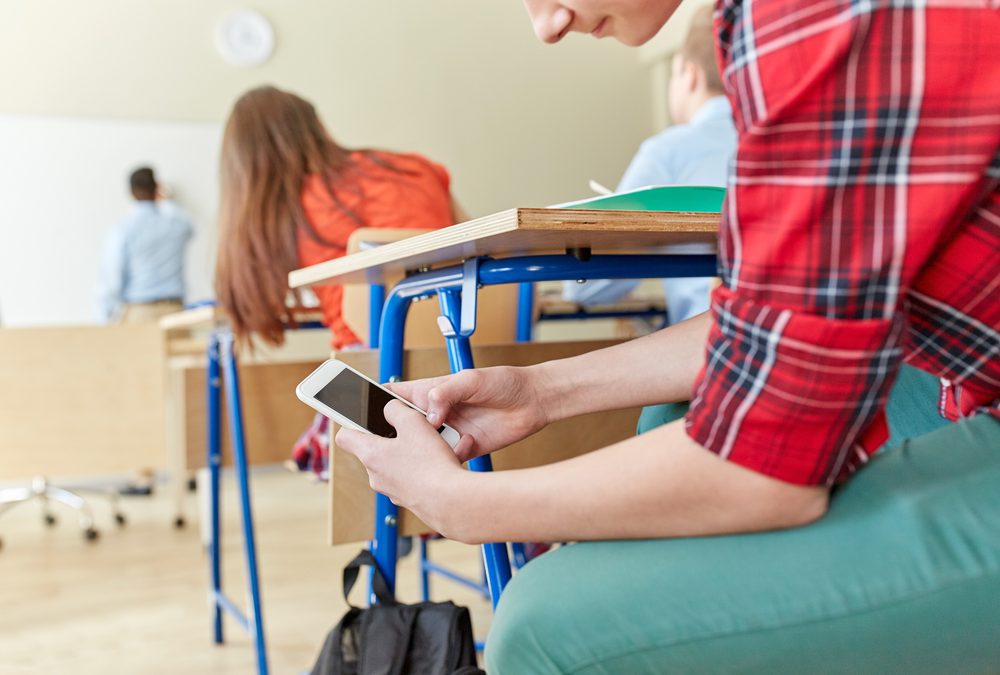 Away for the Day acts as the voice for parents who don’t want their kids ages K-8 to use cell-phones in school. If you are concerned about your child’s on campus phone usage, read on to see how Away for the Day tackles this issue.

What Is Away for the Day?

Away for the Day is a campaign to educate parents on the dangers of in-school cell phone usage. This campaign equips parents and teachers with the tools necessary to institute no cell phone policies in their schools. Away for the Day also collects and provides research to back up their claims. If you visit their website, you can find success stories and testimonials from students, teachers, and administrative faculty who have implemented Away for the Day policies.

Away for the Day believes that students perform better in school when they aren’t using their phones. They aren’t weighed down the pressures of social media and they’re able to excel with minimal distraction from their studies. Studies show that having phones physically off of students during the school hours is beneficial to both their emotional and academic wellbeing.

What They Found: Academic Statistics

Away for the Day’s research reveals that 56% of schools actually allow students to carry their phones during the day. However, 82% of middle school parents would rather their children not carry phones in school. Public schools are twice as likely to allow phones in school during the day than private school. When it comes to research about how phones hinder academic success, 75% of teachers reported decreased attention spans since phones made their way into schools. Indeed, 62% of college students score higher on multiple choice tests without their phone as a distraction. Additionally, 10.6% of students report lower scores on tests constantly interrupted by text messages.

What They Found: Emotional Statistics

Some people argue that parents want to contact their children while at school. While this might be the case for some parents, surveys have overwhelmingly indicated the opposite for the majority of parents. Others argue that students are less stressed with their phone in hand, and even that the phone is a vital tool for introverted kids. On the contrary, Away for the Day has found that many students are relieved to step away from social media for the day.