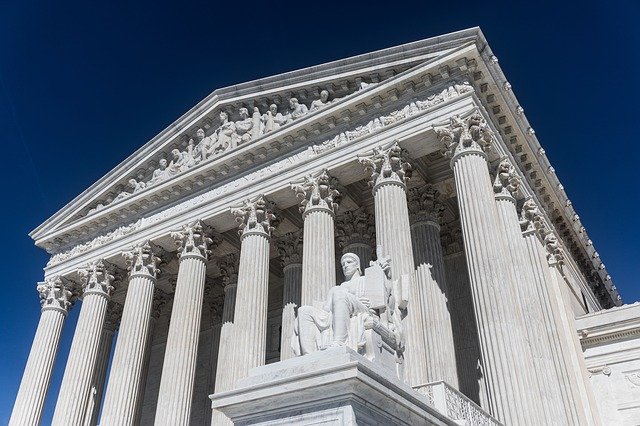 The First Amendment grants students certain rights of expression. This is particularly true in public schools, which are considered to be part of the government. As such, public schools are required to follow the Bill of Rights. For instance, public school students are allowed to write and speak against certain school policies. This includes the right to petition and form assemblies to change said policies. However, some student speech can be restricted, even in public schools. This includes speech that disrupts and creates an unsafe learning environment. In certain cases, schools can even restrict speech deemed to be obscene or indecent. But what if the speech occurs off campus? Most court rulings upholding restrictions of speech involved on-campus speech. However, in Mahanoy Area School District v. B.L., the Supreme Court addressed an important question: can schools regulate student speech off-campus?

Mahanoy Area School District v. B.L. addresses a 2017 incident. Brandi Levy, who was 14 at the time, was not selected as a member of the varsity cheerleading team at her public high school. Levy chose to express her disappointment on the social media platform SnapChat, where she posted a photo of herself making a lewd gesture. The photo’s caption included multiple obscenities directed towards the school, the softball team, and the cheer team. The number of people who could view this post was limited to 250 of Levy’s friends. The post was also visible for only 24 hours. Nonetheless, screenshots of the post were brought to the attention of school coaches. As a result, Levy received a one-year suspension from her school’s junior varsity cheer team. Administrators suspended Levy on the grounds that her post violated the school’s rules. Levy and her parents chose to sue the school. Levy’s post occurred on a weekend at a convenience store and not on school grounds. Her legal team argued that it was outside of the school’s authority and therefore violated Levy’s First Amendment rights.

Lower courts sided with Levy and her legal team. The Mahanoy Area School District then went to the Supreme Court for a decision. This was not the first Supreme Court case to consider a student’s right of expression. In 1969, the Court ruled that an Ohio school couldn’t punish students who wore black armbands in protest of the Vietnam War. In their 1969 decision, the Court stated that students did not “shed their constitutional rights to freedom of speech or expression at the schoolhouse gate.” In this case, the Court also decided that student expression couldn’t be limited unless it would “substantially disrupt the work and discipline of the school.” By implication, one may assume that off-campus speech therefore couldn’t be regulated because it wouldn’t cause a disruption on campus during school hours. However, the Mahanoy Area School District argued that conditions in 2021 differ drastically from 1969. The District argued that technological advances such as social media and remote learning blurred the line between on- and off-campus activities. As such, the District wrote in its filings, “Wherever student speech originates, schools should be able to treat students alike when their speech is directed at the school.”

On June 23rd, 2021, the Supreme Court decided that Levy’s First Amendment rights had indeed been violated. In his opinion, Justice Stephen Breyer listed three reasons why schools didn’t have a viable interest in regulating most kinds of off-campus student speech. First, Breyer wrote, parents usually hold that responsibility. Secondly, if a school did try to regulate off-campus speech, the rules would cover everything a student did or said outside of school grounds. Thirdly, the school has another interest of higher priority: protecting student speech and ideas that may not be popular. The Court did, however, state that it was “for future cases to decide where, when, and how these features mean the speaker’s off-campus location will make the critical difference.”

The answer? Yes and no. In his opinion, Breyer wrote that “the special characteristics that give schools additional license to regulate speech” did not “always disappear when a school regulates speech that takes place off campus,” according to the majority opinion. Furthermore, Breyer mentioned that schools did have a right to regulate certain harmful off-campus activities. When writing for the SCOTUS blog, Amy Howe listed “severe bullying, threats aimed at teachers or students, participation in online school activities or hacking into school computers” as examples of these activities.